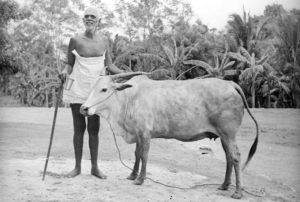 According to a hymn of the Rigveda the entire event is made of a single substance. Unlike the biblical conception, therefore, do not exist in India substantial differences between gods, humans and animals. On this sacred principle develops a very rich imaginary animal: animal-vehicle companions of the gods, love scenes between elephants, deer, geese and parrots tawny, sensuous comparisons between human bodies and animal features, to the extraordinary story of the spiritual master Ramana Maharshi , accompanying a cow to the liberation, the culmination of spiritual realization. To give life to the words heard and the images evoked, dances in the classical styles bharata natya and Kuchipudi, artistic languages strictly codified but universally understood.